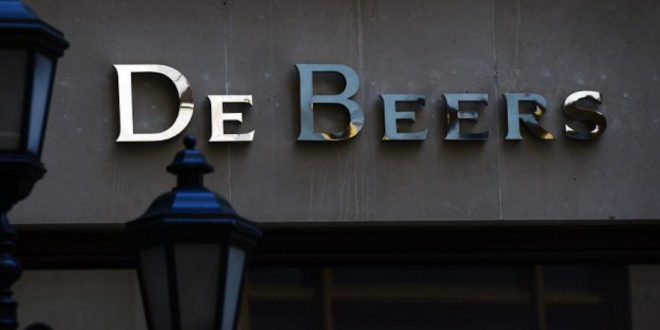 The government of Botswana seems to be with what diamond miner, De Beers are doing in the country as the two parties are said to be in talks to renew the contract.

Botswana President Mokgweetsi Masisi said that his government is in negotiations with De Beers to renew a sales agreement to allow the trading of diamonds between the two parties.

He made this announcement at the Diamond Conference which happened recently in Gabarone.

In September 2011, the Government of Botswana and De Beers announced a landmark 10-year sales agreement that would see De Beers transfer its London-based diamond trading activities to Botswana by the end of 2013.

The new agreement allows De Beers’ Sightholders to purchase their rough diamonds from Gaborone and initiate the much-needed critical mass of secondary diamond trading in Botswana.

He also stressed that the communities in which the mining activities take place in must be placed in a position to benefit from the diamonds.

“We have an obligation to motivate favorable development policies and robust business practices which accomodate the interest of these communities in the whole scheme of diamond mining and production,” said Masisi.

Debswana has for the past 40 years sold its diamonds exclusively to De Beers, which in turn shipped the diamonds to London for aggregation and selling to its customers known as Sightholders.

Masisi said the conclusion of an accord is crucial for both Botswana, which relies on diamonds for almost a fifth of its gross domestic product, and for the Anglo American Plc unit that gets about two-thirds of its gems from the southern African nation.

Masisi is also pushing for the industry to create more jobs and is “dead determined” that more diamonds be cut and polished in the country.

De Beers CEO Bruce Cleaver said though they are not in a position to give details on the agreement, they are certain that it will be mutually beneficial to the two parties.

Mmetla Masire from Botswana’s Ministry of Mineral Resources threw his weight behind the agreement saying that the two parties will ensure that a fair deal is met.

Masire assured citizens of Botswana that there will be transparency in negotiating the sales agreement.