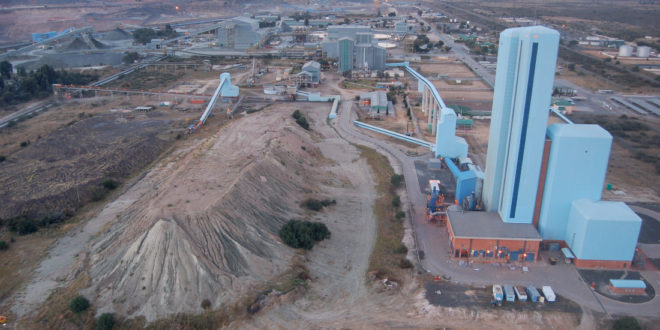 Botswana has identified Jwaneng Mine Cut 9 as an outlet which is set to create jobs for the citizens when the mine becomes fully operational.

According to President Dr Mokgweetsi Masisi, the execution of the Jwaneng Mine Cut 9 commenced in April 2019 and would extend the life of the mine from 2028 to 2035 in the process creating jobs for close to 1 153 people

“The Jwaneng Cut 9 project will bring about benefits including the establishment of a Mining Equipment Component Rebuild Centre in Botswana. The Debswana Mining Company is also planning to reopen the Apprentice and Artisan Training Centre,” he said.

A combination of factors has contributed to widespread uncertainty and the global downturn in the diamond industry during the first half of this year.

President Masisi also said that the economic uncertainty generated by an unstable geopolitical climate has also fostered a heightened sense of caution among the banks that financed the trade as well as diamond brokers and consumers of luxury goods.

He said the company aimed to develop citizen suppliers in key areas of the diamond value chain. Jwaneng mine currently employed 4 756 of which 4 671 or 98 per cent were citizens.

He also explained that the Letlhakane Mine Tailing Treatment project started in 2016 and the company was doing a feasibility study to evaluate options for going underground.

Khoemacau Copper Mining in the North West had started the construction of the box cuts at the Zone 5 mining concession with anticipation to start concentrate exportation during the first quarter of 2021.

Three-box cuts whose ground-breaking ceremony were performed in June 2019 were being constructed while the construction of the haul road from Zone 5 to the Bosetu plant in Toteng had commenced and would be used to transport ore from the mine to the plant. The mine has currently employed 814 of which 781 or 95.5 per cent were citizens.

According to the President, Minergy Coal had completed the box cut and exposed the coal and the plant was operational while the mine had started to export coal to South Africa. Ghaghoo mine in the CKGR which had been under the care and maintenance of a liquidator since the first quarter of 2017 had found an investor who was considering its acquisition. He said the mine has currently employed 95 people of whom 98.9 per cent were citizens.

President Masisi explained that the task team was set up to carry out an evaluation to delineate the BCL assets completed their work at the end of June 2019. He said the report from the task team was submitted to the new liquidators to consider the findings and facilitate decision making on the next stage.

“Since taking over the liquidation process in August this year. The new Liquidator has given seven companies permission to carry out due diligence reviews on the BCL and Tati Mining assets, to inform themselves if they can invest in the assets,” he said.

The Government continues to support the liquidation process by funding care and maintenance costs to preserve the assets while investors were still doing their due diligence.

Dr Masisi said the global diamond industry in the first half of 2019 had faced a variety of challenges leading to widespread uncertainty and declining commerce across all segments of the diamond value chain.

He said sales for the first seven months of 2019 were US$2.2 billion as compared to US$2.8 billion during the same period last year signifying a reduction in sales of 21 per cent.

Over the first seven months of 2019 an array of interrelated developments across the entire value chain had exerted pressure on Botswana’s diamond production and sales. He said one of the key drivers of the first half slowdown was the overstocking of polished diamonds by the retailer thus reducing the demand for rough diamonds.

“Despite the prevailing challenges in the sector Botswana remained the single largest contributor to the increase in the value of the world’s diamond production in 2018, as we increased our output by six per cent to 24.4 million carats while the average price earned for our rough diamonds remained steady,” he said.

Dr Masisi said the government had developed a diamond beneficiation strategy in order to enable citizen participation in the diamond value chain.

He said among other things, the strategy was expected to equip citizens with appropriate industry skills, general management and leadership skills as well as incubation of citizen businesses.