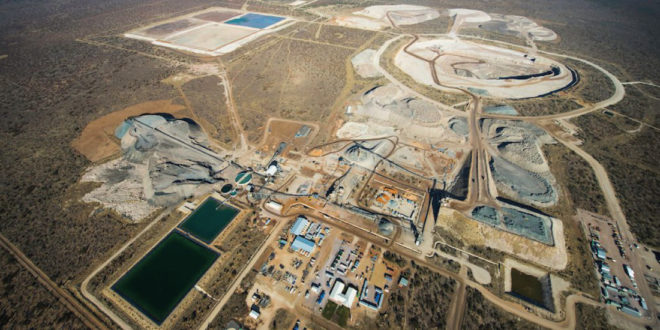 Lucara Diamonds’ underground development at Karowe diamond mine in Botswana is set to receive a massive boost as a new feasibility study confirmed that it could double the mine life operation.

Open-pit mining at the operation is expected to last until mid-2025.

According to the company, for a pre-production capital investment of US$514 million, Lucara can add 13 years of mine life to the operation, which began production in 2012.

The underground mine has an after-tax net present value (NPV) of US$388 million and an internal rate of return of 16%, using a discount rate of 5%. For the combined open pit and underground mine, the NPV is US$718 million.

An updated resource estimate released with the feasibility study confirms the increasing value of Karowe diamonds with depth.

“Combined open pit and underground resources in the indicated category now stand at 54.3 million tonnes grading 15.3 carats per hundred tonnes for 8.3 million carats with an average value of US$690 per carat.”

“After a five-year construction period starting in 2020, the underground development is expected to produce 392,000 carats per year with an estimated value of US$725 per carat. Ore from the underground would start to be integrated into current operations starting in 2023 with a ramp-up to 2.7 million t/y to the processing plant by 2026.”

The company also said they plan to develop the underground mine via long-hole shrinkage underground bulk mining method and using a 765-metre, 7,200 t/d production shaft.