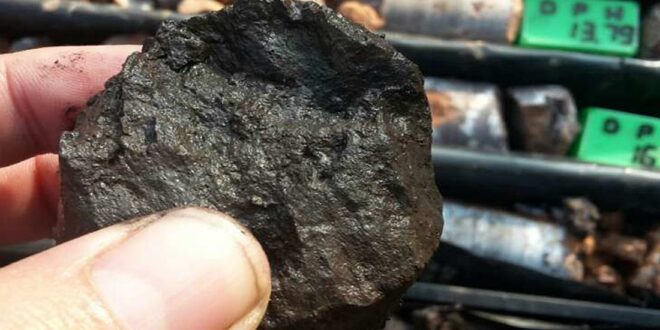 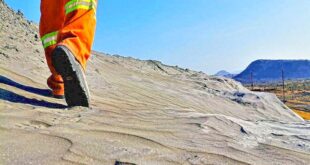 Growing Rights Focus in Due Diligence for Lenders

Giyani Metals Corporation has announced that a feasibility study for the K.Hill project, in Botswana, has confirmed a low capital intensity for what can be one of the largest high-purity manganese sulphate monohydrate (HPMSM) projects in the world.

The study, which was prepared by SRK Consulting, determines that the project has a net present value of $481 million after tax, with an internal rate of return of 28%. SRK also finds that the project can be built at a capital cost of $281 million, with strong free cash flow generation of about $99 million a year, for a total net free cash flow of $1.09 billion over the mine life.

First commercial production is achievable in 2025, with an initial throughput of 200 000 t/y of ore. Exploration work is ongoing to upgrade the project’s 3.1-million tonnes of inferred resources, which will extend the mine life in due course.

Giyani’s probable reserve grade of 18.9% manganese oxides places the project among listed battery-grade magnesite mining peers. Another consultancy, CPM Group, finds that demand for HPMSM is poised to grow by nearly 30 times between 2021 and 2036, given its use in the production of cathode powers for lithium-ion batteries.

According to Giyani, its production process directly from manganese oxide ore does not require power-intensive calcining of electrorefining, which will ensure lower Scope 1 and 2 carbon dioxide emissions. The company also plans on integrating 4.5 MW of solar power into its operation.

Further to that, the company continues work to lower the project’s operating costs, particularly those related to certain consumables that are affected by supply chain disruption and global inflation. It is also progressing construction of a demonstration plant, which will produce HPMSM samples for testing by potential off takers by the second half of 2023. Moreover, Giyani will submit its environmental- and social-impact assessment for approval by Botswanan authorities during the first quarter of next year.

Giyani Chairperson Jonathan Henry said, “ The K.Hill project has the potential to be one of the most significant and largest battery-grade manganese producers globally. The feasibility study shows how far the scope of the project has developed since the preliminary economic assessment in April 2021.”

In concluding, he said that Giyani has early-mover advantage to meet the growing demand for HPMSM from the electric vehicles sector, which is prioritising responsible, low-carbon producers outside of the Chinese supply chain.