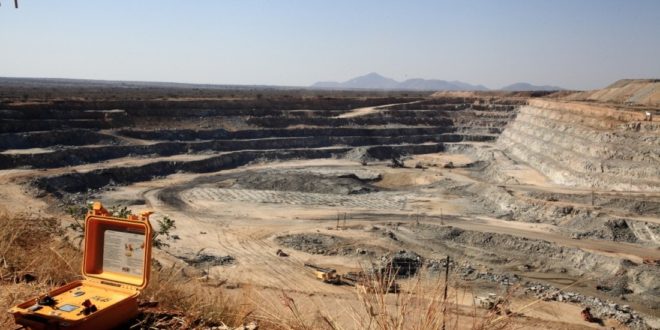 Ralf Hennecke, General Manager, Technology and Marketing at Omnia Group company BME said mines have been very successful in containing COVID-19 infections, allowing most operations to return to almost normal production levels, vital to preserving operations and jobs, and to make the most of improved metal prices.

“With the global drive to decarbonisation, there is a great future for commodities like the platinum group metals, copper, cobalt and lithium,” Hennecke said.

“Demand is growing as the regulation of carbon emissions tightens internationally, and 2025 has been cited as a likely peak.”

Unfortunately, South Africa is unlikely to gain the full benefit of this trend, with only 1% of the world’s exploration budget being spent in the country, he noted.

“With insufficient exploration and development over recent years, we are behind the curve,” he said. “The hope is that we can catch up to some extent if our investment environment can be made more attractive – to realise the value of our mineral assets.”

The trend towards a low-carbon future – a key theme at the Mining Indaba – was also affecting the prospects for coal, with major miners announcing significant withdrawals from this segment. He said this was having the effect of fragmenting the local coal sector, although there were still many years of coal production demanded by the country’s coal-fired generation base.

“The utility will rely on a combination of large and small players, but this sector is undeniably under considerable pressure as many parts of the world move away from fossil fuel power generation,” he said. “Local players will need to maintain high levels of efficiency if they are to continue exporting their higher-grade coal competitively.”

The focus on environmental, social and governance (ESG) issues at the Mining Indaba had also included mines’ own efforts to lower their carbon footprint, a direction in which they were also expecting their suppliers to move. While the field of blasting was not a large contributor to emissions, Hennecke noted that BME’s bulk emulsion explosives were already relatively low-carbon products. The company’s research and development was also making steady progress in the quest for carbon-free blasting.

Health and safety remained an important topic at this year’s event, heightened by the Covid-19 pandemic. A growing sentiment expressed in some panel discussions was that safety needed to extend beyond an on-the-job attitude, to a constant concern for safety – at home, on site and within the community. Safety even extended to broader issues such as gender-based violence, with the larger mining companies starting to include these social concerns in defining what it means to operate sustainably in the longer term.

A related focus was on the question of ‘humanity’ in company values, and the significance of this concept in a world beset by the Covid-19 pandemic – and in a post-Covid phase. The value of this commitment to humanity was particularly relevant due to the central role that mines played within the communities in which they operated.  Experts emphasised the importance of respect and co-operation between mining companies and communities, to enable the longer-term sustainability of communities – even after the mine itself reaches the end of its life.

The event continued to provide a forum for a number of African governments to promote their minerals portfolios to potential investors. Many governments remained keen to attract foreign capital, working to provide conducive regulations that will still ensure ethical global standards and practices. Sierra Leone, Botswana and South Africa were among those trying to improve investor confidence. Efforts to raise interest included country-wide geological mapping and the streamlining of approval processes for exploration.