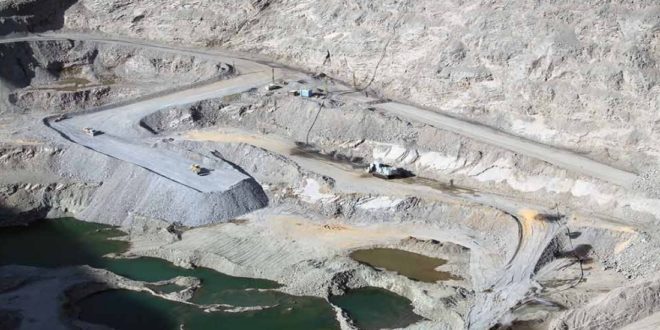 Botswana is the top ranked jurisdiction in Africa on policy

According to the Fraser Institute Annual Survey of Mining Companies 2020 study, Botswana is the most desirable mining policy in Africa.

According to the Fraser mining survey’s investment attractiveness index predictor, no country in Africa is ranked higher than Botswana when it comes to improving exploration in investment.

Botswana is also the most attractive jurisdiction in Africa when considering both the policy and mineral potential ranking 11th out of 77 countries globally in overall investment attractiveness.

Three African countries–Zimbabwe (75th), Tanzania (72nd), and the Democratic Republic of Congo (70th)–ranked in the bottom 10 of the survey rankings this year based on the policy aspect.

“Zimbabwe was also amongst the bottom 10 in the previous eight years. Based on their overall investment attractiveness two African jurisdictions were ranked in the global bottom 10: Tanzania (75th) and Zimbabwe (70th). The median score for Africa on the investment attractiveness index showed an increase of 9 points this year,” the survey underscored proposing for policy shifts in the countries.

Managing Director of Lucara Botswana, Naseem Lahri said political stability is the reason why Botswana is faring better than other countries, adding that it has stable mining policies as well.

Lahri indicated that from the diamond perspective of a privately owned company, Lucara never struggled to get extension of mining license for Karowe mine thus showing stability of policies.

“In some mining jurisdictions it is not easy for private mining companies like ours to have their licenses renewed but here in Botswana is possible. Once our underground expansion feasibility was completed our mining license was renewed. This shows accommodative policies,” she said in an interview.

Lahri said Lucara is committed to lure investors to Botswana taking the advantage of the friendly mineral exploration policies, adding that government will benefit from the investments. The company brought Botswana economic stakeholders together with one of the world’s best chamber of commerce – the Canada-Africa Chamber of Business to dialogue – in a virtual conference last year.

“We are keen on attracting more investors from Canada and the rest of the world to Botswana. We anticipated holding the Canada Africa Chamber Business in Botswana live this year in April but due to Covid-19 it didn’t materialise. We will do something before end of this year and we will invite Prime Minister of Canada. Unfortunately Canada is now back on lockdown,” said Lahri.

Meanwhile, Mali according to the 2020 survey is second most attractive jurisdiction when only policies are considered, ranking 37th (of 77) this year after ranking 65th (of 76) in the year 2019.

Mali’s PPI score increased considerably by almost 33 points as investors expressed a decreased concern over availability of labour and skills which decreased significantly by -75 points in 2020. The top jurisdiction in the world for investment based on the Investment Attractiveness Index is Nevada, which moved up from 3rd place in 2019 and Arizona moved into 2nd place after ranking 9th in past year.

Fraser Institute, the Canadian based public policy think tank, through the survey assesses how the mineral endowments and public policy factors such as taxation and regulatory uncertainty affect exploration investment through the Investment Attractiveness Index and Policy Perception Index.

The survey was circulated electronically to approximately 2,200 individuals between August 6th to November 6th, 2020 and responses were tallied to assess the countries based on the extent that public policy factors encourage or discourage mining investment across 77 surveyed jurisdictions.