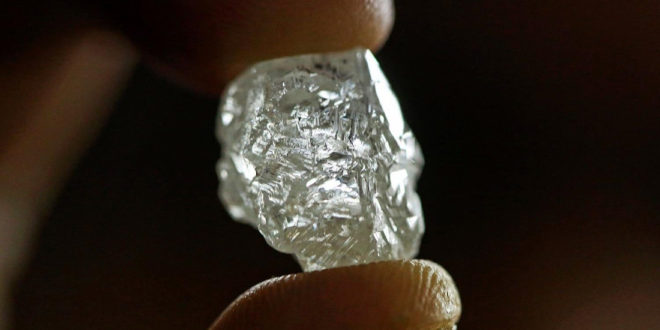 Government to ensure citizens are involved in the diamond industry

President Mokgweetsi Masisi has revealed that his government has developed a Diamond Benefication strategy that will allow citizens to participate in the diamond value chain.

The recently elected head of state said his government is in the process of ensuring that citizens are actively involved in the diamond industry for their benefit.

He was speaking at the Diamond Conference in which happened recently in Gabarone.

“Amongst other things, this strategy will equip citizens with appropriate industry skills, general management and leadership skills as well as incubate citizen businesses,” said President Masisi.

The conference which was organised by De Beers and the Botswana government was attended by ministers, senior government representatives, business leaders from around the world.

The conference aims to promote and strengthen co-operation in the diamond industry.

Botswana is one of the African countries leading to diamond mining. The second-largest diamond in history has been discovered in Botswana. The 1,758-carat diamond, larger than a tennis ball, weighs close to 352 grams (12.42 ounces).

Masisi said these minerals should be directed to empowering and uplifting the citizens of Botswana.

He said the country will also look into moving further up the “pipeline to manufacturing and retail”.

“Participation at these upmarket levels of the pipeline, however small, will go a long way in promoting the development of Gaborone as a Diamond City, and Botswana as the number one diamond destination,” said President Masisi.