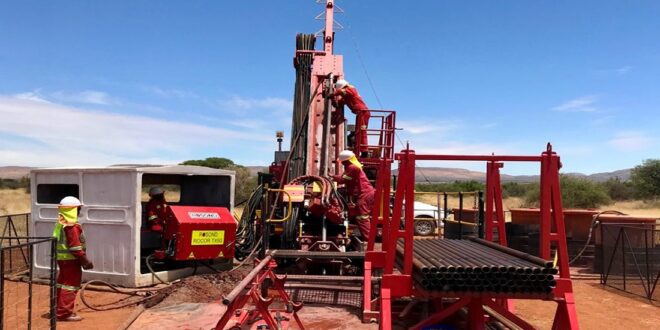 Rosondof Midrand, a provider of drilling technology solutions, has named Clement Rikhotsoas as its new Operations Director. Clement first joined Rosond as a project consultant in 2019, assisting with the onboarding of 27 state-of-the-art drill rigs and crew at Anglo American’s Kumba Iron Ore’s Kolomela and Sishen mines in the Northern Cape, as well as the company’s entry into Botswana, where three rigs are currently in operation at Debswana’s Jwaneng diamond mine.

Clement will be responsible for all of the company’s surface exploratory drilling efforts as well as ensuring the company’s purpose as the premier mining and geoscientific solutions supplier in Southern Africa in his new capacity.

Clement has been involved with multidisciplinary capital projects across the mining value chain throughout Southern Africa, and as far afield as Canada and Russia, some of which have become profitable mines. He holds a Technical and Financial Appraisal of Mineral Projects Certificate from Imperial College London, a Programme for Management Development (PMD) certificate from GIBS (University of Pretoria), and a BSc Geology Honours (UCT) degree.

“The disciplines of geology and drilling are interrelated. Drilling is carried out to discover new mineral deposits or to evaluate existing mineral resources that are being mined. This is where drilling comes into play as a technique to define these mineral resources,” explains Clement. “Both disciplines are a keen passion of mine, and I look forward to realising the synergy between the two and application thereof in my new role to ensure our clients’ objectives are met.”

Clement adds that Rosond’s new-generation automated drill rigs are assisting the mining industry to eliminate injuries and transform to Industry 4.0 as their advanced telemetry systems provide a rich source of data for further machine learning analytics and better business decision-making. “Although our services are underpinned by traditional drilling, we see ourselves more as an advanced solutions provider to the minerals industry.”

Rosond MD Ricardo Ribeiro says that Clement will play a key role in consolidating the company’s future expansion plans. “We welcome Clement to the Rosond family, and look forward to tapping into his experience and expertise as we continue along our growth path. We have a clear strategy in place that Clement will help us realise as we adapt and evolve.”