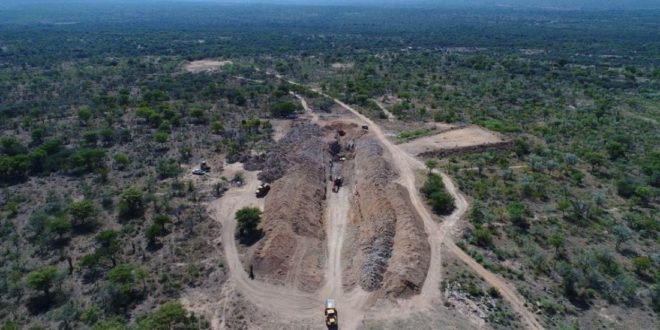 Drilling has commenced on the Thorny River and Marsfontein project areas in South Africa, out of the ten areas surveyed during exploration, the findings have identified four target areas including a potential kimberlite “blow” and expansions in the widths (or “swells”) in the kimberlite dyke system of up to 10m.

The multi-hole drilling programme has commenced on the four target areas that were identified as high interest in the recent detailed ground geophysics survey. These target areas include a blow of up to 0.25 Ha in extent and other swells of the dyke system of up to 10 m (as opposed to the average 1 m).

The most widely known blow in the project area is Marsfontein, which was 0.4 Ha. Marsfontein was historically mined by De Beers and SouthernEra and it achieved a return of development capital in under four days.

The dyke system, which extends for 18 km over Thorny River from Klipspringer mine in the west through Marsfontein to Doornrivier in the east, has been demonstrated as having consistent geology and economics. The ground geophysics and drilling programmes are focused on identifying kimberlite volumes to support further development of the property.