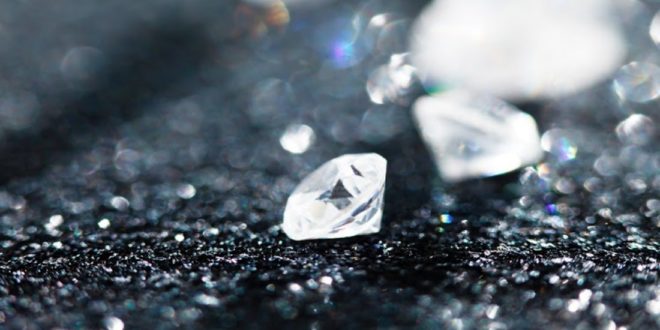 Botswana Diamonds’ Thorny River property in South Africa’s Limpopo province has been evaluated for the possibility of developing a diamond mine, according to the company.

According to the London-Aim and Botswana Stock Exchange-listed company, the analysis indicates potential opencast options.

According to Botswana Diamonds chairperson John Teeling, the evaluation shows the potential for operational positive cash flow even at low levels of diamond recovery. Drilling in the coming months is expected to increase the volume of mineable kimberlite.

The kimberlite has been found to be potentially commercial when applying current industry-standard mining and processing costs, Botswana Diamonds MD James Campbell stated.

The likelihood of a commercial mine is based on mid-range diamond values of $170/ct, mid-range mining costs, a discount rate of 10%, a recovered grade of 40 carats per hundred tons and 1.7-million tons of kimberlite mined, the release stated.

In March last year, it was reported that Botswana Diamonds had recovered 11 diamonds and abundant kimberlitic indicators from drill samples.

At the time, Teeling stated that the recovery of so many kimberlitic indicators and diamonds boded well for the potential commerciality of “this exciting discovery”.

The result of the latest evaluation – completed by South Africa-based independent mining advisory consultant Practara, together with modelling input from ABGM of Australia –excludes any additional resources from adjacent targets which will be drilled in the coming months.

Conceptual open pit mine plan models were developed under a number of scenarios to assess the open pit mining potential. The models used the results of several drilling programmes.

Grade and diamond value data was based on previous microdiamond and bulk sampling data as well as production results from the adjacent Klipspringer mine and the technical economic and evaluation report on the Thorny River Project, which was announced in June 2018.

The evaluation is indicative of what could potentially be considered for more detailed work and its objective is to identify the best open pit mining option and considered low, medium, and high-cost scenarios for mining.

Botswana Diamonds states on its website that although South Africa has a long legacy as a diamond producer extending back over a century to the early days of the founding of De Beers in Kimberley, in recent years the apparent complexity of doing business in the country combined with a perception that it is the exclusive domain of majors has resulted in mineral exploration activity being limited. Prospecting rights have thus been allowed to lapse on the part of the majors which has paved the way for smaller operators and individuals to stake claims over what would be considered in other domains as highly prospective ground.

It adds that a review of fiscal regimes in Southern Africa has shown South Africa to be most competitive from an investment point of view, mainly due to lower royalties payable to the state on revenues, and lower rates of citizen free carry.

“The country therefore represents a new frontier and an opportunity for diamond exploration.  This opportunity has been taken-up by De Beers who have returned to South Africa after a number of years with the granting of a number of prospecting rights over substantial areas in the country,” the website adds.