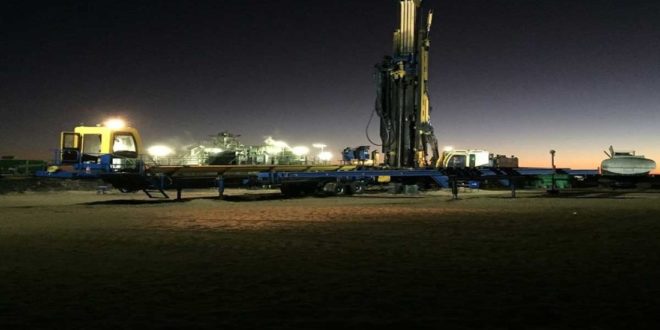 Tlou Energy, a South African energy production company, announced on April 14 that it had awarded tenders for the construction of transmission lines and substations to link the Lesedi coal-bed methane power project to the Botswana national electricity grid at Serowe.

According to Tlou Energy MD Tony Gilby, the transmission line and substations are critical components of the first step of the Lesedi project.

The first stage of development will be the erection of wooden poles fitted with an overhead 66 kV transmission line. The transmission line route has been surveyed and full environmental approval is already in place.

The line will predominantly cross flat, arid terrain with the last 5 km through the outskirts of Serowe.

The Lesedi substation will integrate the generation assets with the transmission line and the Serowe substation will tie in with Botswana Power Corporation’s existing infrastructure.

“With funds in place to commence construction, we intend to start work on the ground as soon as possible and thereby begin to unlock Tlou’s potential,” Gilby said.

“Construction of the transmission line is a very significant step forward, as it enables Tlou’s gasfield and solar potential to supply power into a “potentially enormous” market. Local and regional power consumption is high, with supply currently unable to meet demand. In 2019, about 28%, or 1 101 GWh, of Botswana’s power was imported at a cost of about P861-million, or about $75-million.

“Furthermore, demand within Botswana and in neighbouring countries is steadily growing. Tlou has the potential to access the electricity market outside of Botswana via the Southern African Power Pool once connected to the Botswana grid,” Gilby stated.

Tlou’s independently certified gas reserves and contingent resources, if used to generate electricity, could alleviate some of this demand. Tlou’s 3C Contingent Resources of about three trillion cubic feet have the potential to provide hundreds of megawatts of power, subject to gas recovery rates.

“The proposed transmission line is the key to unlocking our independently certified gas reserves and contingent resources as well as our solar potential. The local and broader market is significantly short on sources of cleaner energy and Tlou’s projects aim to be a significant supplier over time.

“Our objective remains on track to start production with a measured approach to minimise risk and cost of capital. Once the initial gas and solar production is up and running, modular and low-risk expansion is the objective,” Gilby said.

The as-yet untapped gas that the company has proven to exist within its 100%-owned area represents an enormous cleaner energy resource for the region. When combined with Tlou’s solar generation plans, which are predicated on producing solar power from a region with known high solar incidence, this should continue to provide significant upside for shareholders and Botswana, he concluded.