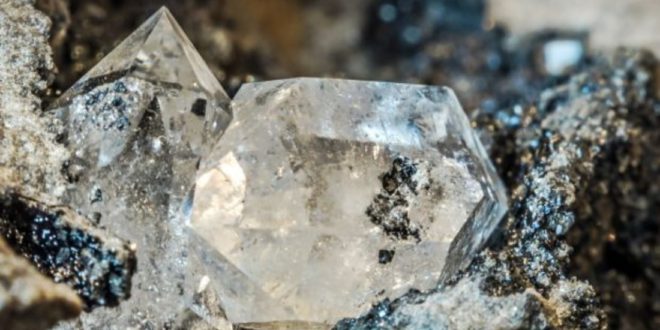 The subsequent decline in the country’s gross domestic product (GDP) due to the drop in the production of diamonds makes it more imperative for Botswana to diversify its economy from mining.

Rough diamond production decreased by 27 per cent to 11,3 million carats in the first half of 2020.

The decline, according to De Beers, is primarily due to the COVID-19-related lockdowns.

Botswana imposed a lockdown at the declaration of a state of emergency at the end of March.

Botswana has confirmed more than 800 cases of the virus, including two deaths.

De Beers attributed the decline in diamond production to the impact of the lockdown particularly in April and May, as well as challenges related to the commissioning of new plant infrastructure in Orapa.

Operations restarted from mid-May, with production targeted at levels to meet the lower demand.

There were declines also in Namibia and South Africa but these two economies, unlike Botswana, are not overly dependent on diamonds.

In Botswana, the mining sector accounts for about 35 per cent of GDP.

Diamonds contribute about 94 per cent of the total mining share.

Rand Merchant Bank (RMB) has forecast a further decline amid the bank’s anticipation that more diamond sales cycles would be cancelled, given that three cycles had been cancelled to date.

This is set to have an impact on De Beers’ production guidance, which is currently estimated at 25-27 million carats in 2020.

Daniel Kavishe and Neville Mandimika, the RMB strategist and economist, respectively, said the loss of revenue from lower mining activity would result in wider deficits of close to 10 per cent of GDP in 2020.

“As a result of the negative outlook in the diamond industry, we foresee Botswana’s mining sector contracting by approximately 30 per cent in 2020,” the RMB experts stated.

RMB’s outlook for total GDP this year was a drop of 10,5 per cent.

The International Monetary Fund (IMF) has forecast Botswana’s GDP to decline by 5,4 per cent.

IMF’s Executive Board concluded consultations with Botswana coinciding with the outbreak of the COVID-19.

Consequently, they encouraged the acceleration of the implementation of supply-side reforms to promote private sector activity and economic diversification, building on recent progress in improving the business environment.

President Mokgweetsi Masisi, sworn in for a five-year term last November, has pledged to move Botswana from a minerals-led to a knowledge-based economy.

His government is focusing on reforms to make its products and services more competitive on the global market.