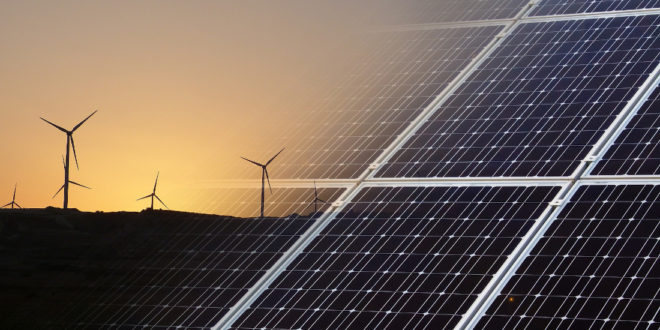 Speaking before a Parliamentary Committee on Energy, FQM Head of Government Affairs John Gladston said it was clear that the energy crisis has been created by a combination of factors.

Gladstone said inconsistent rain patterns have continued to play a major part in the depletion of the nation’s precious but substantial water resources, it is also likely that those resources haven’t been managed as well as they might have been.

“And even with the Kafue Gorge Lower project coming online – hopefully some time in 2020 – there will remain an energy deficit for some years to come whilst these water resources recover. But in the meantime, a change in approach within the Zambian energy sector is needed,” said Gladston.

“Zambia is uniquely placed and ought to be the envy of most nations because of the Kariba Dam hydro system and other water resources, which make this country the ideal location to construct large-scale sustainable energy projects, and specifically solar.”

“FQM is easily the country’s largest consumer.  Bulk industrial users will always incur lower electricity tariffs than domestic users, not least as they do not utilise the step-down infrastructure required to deliver electricity to the household; this is the same everywhere else in the world,” he said.

“But it makes great sense for Zambia to offset some its day-time hydro-electricity consumption with solar generation, thereby preserving water in the dams for use during the dark-hours.  Zambia has a ready-made battery in the form of its water resources.  But these resources will still need to be well-managed.  But, Zambia will need to incentivise investment in sustainable energy by liberalising the energy sector; moreover, Zambia will need to substantially reform its legislative framework in the sector,” he added.

“Solar energy at utility-scale is capital intensive and the regulatory environment needs to provide investors with the confidence that they will recover their investment and make a return.  This might see investors entering into individual off-take agreements with Zambia’s largest consumers of power, such as the mines.  The cost of solar power generation has plummeted over the past decade and its not unusual to find off-take tarrifs well below 5c. This will provide Zambia with relief and the ability to sell to other markets the electricity not drawn by bulk-users.”

Meanwhile, Gladston said the recently proposed Electricity and Energy Regulation Bills for 2019 were welcome, but they passed to the Energy Regulation Board (ERB) some disincentivising powers, including the authority to withdraw generation licences, and varying tarrifs despite any contractual arrangement a bulk industrial user may have entered into.

“Lack of security with respect to the validity and duration of licences issued by ERB will discourage investors, especially when they are relying on concessional funders. These funders need long-term certainty and stability on tarrifs over decades.  It is this security of contractual arrangements that has attracted so many large solar ivestments in other jurisdctions in South America and Australia.  With the required regulatory reform there is no reason why Zambia shouldn’t emulate this success.”

“In the Bills, ERB is awarded the authority to revoke licences in the ‘public interest’ or in an ‘emergency’.  But the definition of public interest or an emergency is not provided and this ambiguity in the proposed legislation will turn investors away. Investors require protection to ensure that licences for investors are not unilaterally revoked or altered. The Bills are problematic,” said Gladston.