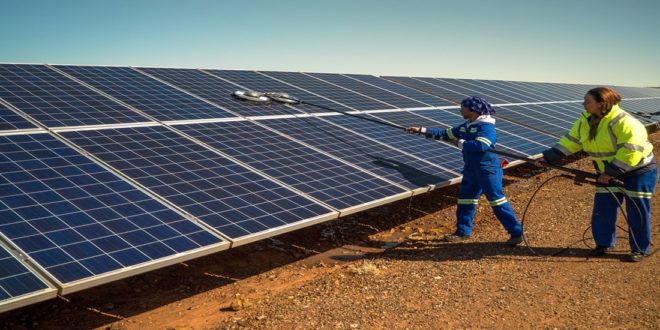 The ASX, AIM, and BSE-listed TLOU Energy has proposed raising US$2.6 million to fund the Lesedi project.

Tlou Energy’s proposed placement will be used to fund the construction of a 66KV transmission line connecting its Lesedi project to the existing Serowe, Botswana, electrical grid, as well as a field operating costs and ancillary facilities.

It has been collaborating with several parties to secure funding for the Lesedi Project. The most advanced project finance discussions are currently taking place with a highly reputable Botswana-based entity, which is requesting a third-party review of the project as part of their due diligence process.

The Lesedi project is set to be developed in two phases. Phase one involves transmission line construction, sub-stations, grid connection, electricity generators and potentially the drilling of additional gas wells. Funding required for phase one is US$10mn, which can be staged if necessary.

Phase two funding is for the expansion of electricity generation up to 10MW. This is planned to include the drilling of gas wells and the purchase of additional generation assets. Funding required for phase two is worth US$20mn. Upon successful completion of phase one and two, the company plans to expand the project beyond 10MW.

Shore Capital Stockbrokers will be conducting an accelerated book-building process in respect of the placing. Shore Capital has agreed with Tlou Energy under which, subject to conditions, Shore Capital will agree to use its endeavours to procure subscribers for placing shares at the relevant price.