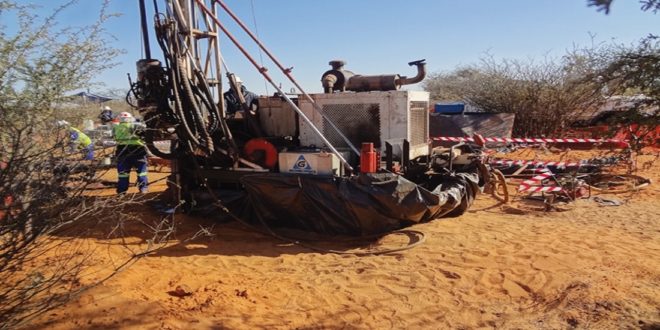 Galileo has agreed to sell the Star zinc project to a local Zambian mining company for US$750,000, in a deal that could allow it to benefit from future royalty payments.

Siege Mining Ltd will pay US$200,000 for the large-scale exploration licence and US$550,000 for taking control of the project as well as Galileo’s exploration data. Galileo could be paid a royalty based on future sales of zinc from the project in return for this data.

Any royalty on future sales of zinc from the project will be based on the zinc grade. The minimum royalty rate is 3% and this increases by 1% for each US$250 increase in the zinc price above US$2,500 per tonne up to a maximum of 10%.

Following a review, Galileo said it concluded that the project – located close to an expanding urban area near Lusaka – is best operated by a local mining company. It added that Siege is in the process of being granted the necessary licences to allow them to conduct mining activities within the Star zinc project area. Siege intends to start mining imminently, producing between 6,000 and 15,000 tonnes a month of saleable ore, although the initial output may be lower.

Following the sale, Galileo said it will focus on:

Kalahari Exploration: where the immediate focus will be exploration activities in Botswana where it has 15 licences in the Kalahari Copper Belt in highly prospective areas, two of which were the subject of the Heliborne-EM geophysical surveying announced on 23 November 2020.

Ferber Project: The Company has maintained its licences at its Ferber project in Nevada in the United States and view of the prospectivity is finalising a reconnaissance drilling/exploration program to be undertaken prior to renewal in August 2021.

Glenover Project: The Glenover project is for phosphate and rare earths. Glenover has engaged with parties interested in acquiring part or all of its projects with one party having incurred significant expenditure in testing the ore, but no commercial terms have yet been agreed and there is no certainty that an agreement will be reached.

Kashitu Project: The Kashitu zinc project in Zambia has similar characteristics to the Star Zinc project but is considered to be larger and the company plans an exploration program for 2021 with the primary objective of developing a resource for the supply to a nearby refinery and/or the raw ore export market.

Soon after acquiring the Kalahari property portfolio, we commenced an airborne EM survey. We have on our team several specialists who have been responsible for nearby copper discoveries in the Belt and who know the signatures and indicators of mineralisation in this region.

“Currently we are utilising all their scientific knowledge and experience to process and interpret the data and produce a detailed report with drilling recommendations,” says Colin Bird, company’s Chief Executive Officer.

The new copper portfolio in Botswana is the current focus of attention, but there are several other assets inside the business.

The company also has interests in the Kashitu project, also located in Zambia, as well as a 15% interest in the Concordia copper project and a 38% stake in the Glenover rare earth project, both located in South Africa.

Elsewhere, the company also owns 100% of the Ferber gold project in Nevada, USA.