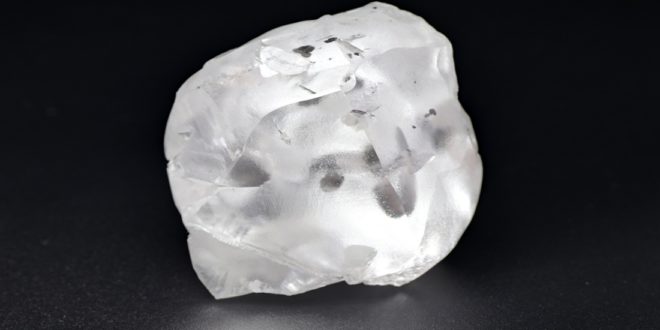 Debswana has announced discovery of a rare 1,098 carat high gem-quality diamond at Jwaneng Mine.

According to the company, the diamond is the largest discovered in Debswana’s history and one of the largest known discoveries of a gem-quality diamond anywhere in the world.

“The historic discovery was made at Jwaneng Mine on 1st June 2021 and was made possible through the combination of cutting-edge technology to uncover and process the diamond and the unparalleled experience of the Debswana team who spotted the diamond and protected it throughout the recovery process,” said Debswana.

Prior to this discovery, the largest gem-quality diamond found at Jwaneng Mine was 446 carats in 1993.

Known as the Prince of Mines, Jwaneng Mine began production in 1982 and, along with Debswana’s Orapa Mine, has been an engine for the inward investment of diamond revenues in infrastructure, education and healthcare that has driven Botswana’s significant economic growth over the past half century.

The diamond discoveries at Jwaneng and Orapa Mines have earned Botswana a reputation as a global success story in transforming finite resources below ground into infinite opportunities above ground. This discovery forms an exciting new chapter in Debswana’s story and its future potential.

“This discovery at this point in time really signifies a new journey for us as a country,” said Debswana’s Acting Managing Director Lynette Armstrong.