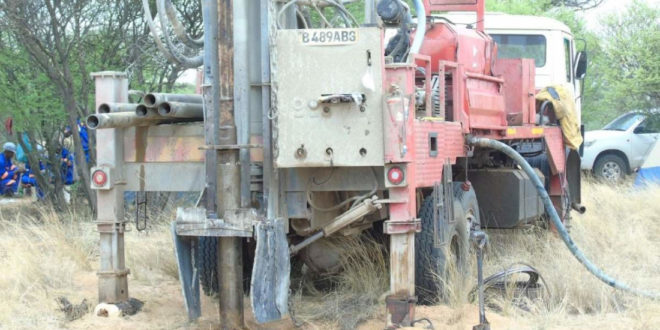 Kavango Resources announced recently that core and reverse circulation drilling on its Kalahari Suture Zone Project (KSZ), in Botswana, had intersected a high-level gabbroic intrusive at 53 m from surface in one of the holes (RIT50) drilled.

The 1 000 m drilling programme is designed to test the company’s exploration strategy of identifying high-level, Karoo-age gabbroic sills predicted from its geophysical surveys, including airborne electromagnetic methods; and to confirm the existence of metal sulphide mineralisation associated with the gabbroic intrusives.

The intersection of gabbro at 53 m from surface at a location identified from the geophysical surveys demonstrates the effectiveness of the company’s exploration methodology and supports our geological model, Kavango said.

The target was selected from the 55 targets identified from the airborne electromagnetic survey, which was completed in the second quarter of the year and supported by ground-based follow-up studies using controlled source audio-frequency magnetotellurics, or CSAMT, surveying.

A significant soil sampling anomaly was also identified over the RIT50 target.

The identification of conductors within the gabbro suggests the potential for the presence of metal sulphides on the footwall of the intrusive.

The target lies about 7 km south-east of the town of Hukuntsi in the Kgalagadi district of south-west Botswana.

The drilling programme was slightly delayed owing to a number of public holidays during the recent national elections and access difficulties with heavy drill rigs through the thick Kalahari sand.

“Our multihole drill programme on the KSZ progressed well, with the hunt being on for massive sulphides,” commented Kavango CEO Michael Foster.

“We look forward to identifying sulphide mineralisation in at least some of the proposed drill holes. This would be consistent with Kavango’s prediction that the KSZ has the potential to host world-class magmatic sulphide deposits. . .”