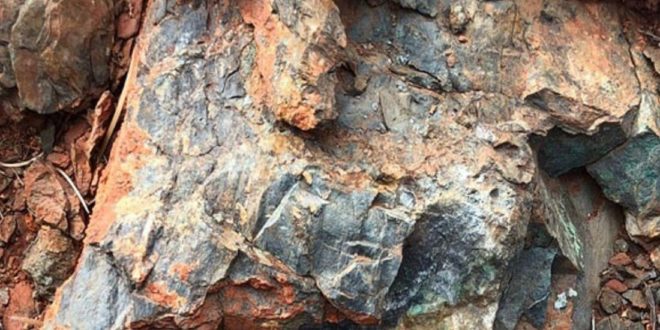 The invasion of Ukraine by Russia triggered a global chain reaction of humanitarian, diplomatic, and economic crises. These aggravated the existing crises, which Covid-19 had exacerbated.

The value of nickel skyrocketed as a result of these chain reactions. The price of the precious metal, which is used in the manufacture of smartphones and electric vehicles, has doubled. That’s because Russia has the world’s third-largest supply and is subjected to a slew of Western economic sanctions.

Last week, the London Metal Exchange halted trading in nickel after the price of the metal, which is used in stainless steel and electric vehicle batteries, nearly doubled in a matter of hours. It was the first time since 1985 that the exchange had halted trading in a metal.

The continent’s ninth-richest man, who lives on the continent’s southern tip, will most likely be keeping a close eye on these developments. Patrice Motsepe, a South African billionaire, owns a major nickel mine with Norilsk Nickel (Nornickel), a Russian producer of platinum group metals.

The mine, Nkomati Nickel in Mpumalanga, had been shut down because nickel prices were too low to keep it going. This has all changed recently, with the company announcing this week that it was considering reopening the mine.

This is the nature of war: some people will suffer while others profit. The question is who benefits and how, as well as what happens to the rest of us.

Tungsten, tantalum, and palladium are among the rare precious metals that Russia produces in large quantities. Big American companies like Apple, which can no longer buy these metals from Russia, must find new sources.

Take tantalum, a blue-grey metal prized for its near-complete corrosion resistance. Because of this property, it’s used in smartphones, nuclear reactors, aircraft and missile parts, and some surgical instruments.

Rwanda is the world’s largest exporter of tantalum, followed by the Democratic Republic of the Congo. Ethiopia is a major exporter as well.

These governments can expect to earn a lot more money from their mining sector this year, and the companies that run the mines can expect to make a lot of money as well.

She said the currencies of Africa’s commodity exporters are likely to strengthen.

It is in Nigeria, Africa’s most-populous country and its largest economy, that this commodities boom is likely to have the biggest effect. Specifically the boom in one particular commodity, oil.

The oil price has been fluctuating wildly in recent days, at one point hitting $139 a barrel — that’s 30% higher than when the invasion began. Nigeria’s federal budget is looking a lot healthier.

None of this is necessarily good news. In Rwanda and Ethiopia, mining operations are closely linked to the state, which have been strongly implicated in human rights abuses.

In Ethiopia, the state is involved in a civil war in which it has been implicated in multiple massacres of civilians and other major human rights abuses. Increased profits from mining will keep funding that war.

Besides, profits from individual commodities are unlikely to offset the general economic pain caused by a world in crisis. Even before the Ukraine war, the World Bank estimated that the Covid-19 pandemic had already wiped $165-billion off Africa’s total wealth.

The rising oil prices caused by President Vladimir Putin’s war will make petrol more expensive, even in Nigeria, which still imports all of its refined petroleum.

This may even offset the extra income Nigeria receives from selling its unrefined oil.

“Even for leading oil producers such as Nigeria, the picture is more complex,” said Michael Nderitu, head of trading at AZA Finance, a Nairobi-based forex trading firm.

“While revenue from crude exports may give some support to local currencies, the cost of importing refined petroleum is likely to put pressure on Africa’s forex markets in the near term, with the biggest net importers — such as Kenya — suffering the most.”

The picture is similar when it comes to wheat. Russia and Ukraine together export 29% of the world’s wheat, and all of that is under threat. That has led to a spike in the price of grain, amid fears of a global shortage.

Expect the cost of bread to rise substantially in African countries that import wheat — Egypt, Ghana and Kenya among them.

All of this will make the cost of living significantly more expensive — unless you happen to own your own nickel mine.