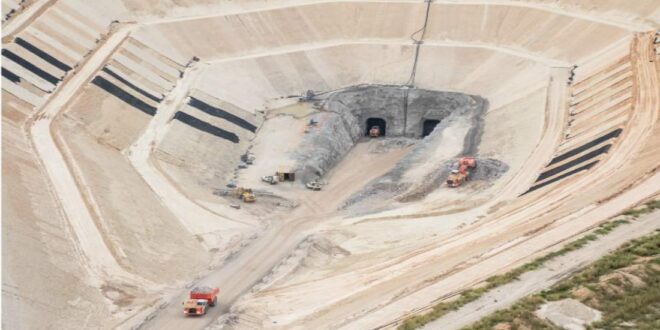 Khoemacau Copper Mining have revealed that they will use the outcome of the current investigation to make sure that incidents like the one which claimed the lives of two employees will not happen again.

This was said by the company’s CEO, Johan Ferreira.

The company announced over the weekend that two miners were killed at Khoemacau Copper Mining’s Botswana operation.

The miners were employed by Barminco, an Australian-based contractor working at the mine. A further two contractors were injured.

“It appears that the two, both blasting crew members, had proceeded underground to perform tasks at the Tshukudu section 140m below surface,” the company said of the deceased.

“Their bodies were discovered by colleagues who followed two colleagues of the deceased employees were also affected and are recovering in hospital.”

This is the first instance of a fatal accident at Khoemacau since the mine’s development began, the company said. “Khoemacau will work with Barminco management to assist the families of the deceased, over and above the statutory financial compensation to which they are entitled,” it added.

Safety officials of the Department of Mines are travelling to the mine and are expected to visit the incident site this weekend as part of their investigation.

“The deaths of our two colleagues is a terrible shock to me personally, to their employer and to all the other employees at Khoemacau,” said Johan Ferreira, Khoemacau CEO. “Naturally we will use the outcome of the investigation to ensure that such an incident cannot reoccur,” he added.

Khoemacau has been developed to produce 60,000 tons a year of copper following a project capital investment of about $400m.