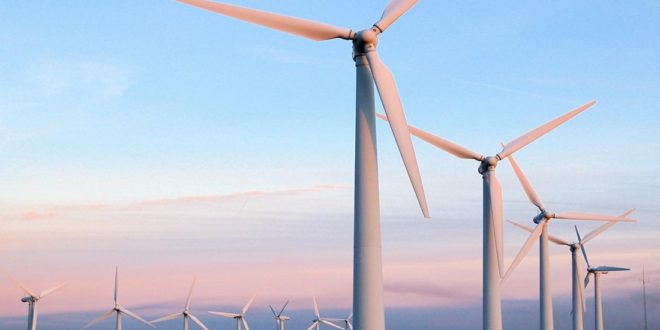 Governments and investors around the world are putting growing pressure on industries to minimize pollution, and this, combined with favourable economics and the need for reliable and cost-effective power, is pushing mining companies to consider renewable energy.

Centamin, a gold miner listed on the TSX and the London Stock Exchange, said on May 4 that investors were seeking cleaner operations as a result of higher environmental standards.

“Miners that are not focused on environmental, social and governance (ESG) aspects will start struggling to access financing for projects.”

Simultaneously, he explained during a keynote address at the virtual Energy and Mines Africa conference that governments were looking to reduce emissions and have companies report on their climate change goals.

For Centamin, it made sense to use renewable energy technology as a means of cost control and carbon reduction at its Sukari gold mine, in Egypt.

The project will be installed by Giza Systems and commissioned in the first half of 2022.

Horgan pointed out that the company used about 100-million litres of diesel a year, equating to 12% of its operating expenditure. There was, thus, an opportunity to find a more cost-effective power solution.

The renewable energy plant will save the company about 22-million litres of diesel a year, amounting to at least $9-million a year of savings in this regard, and reduce carbon dioxide emissions by 60 000 t/y.

In its consideration of renewable energy options and technologies, Centamin took into account its need for reliable power, considering the remote location of the mine and its 24/7 operations.

The company sought a solution that could integrate with its existing diesel-fired generation system and suited conditions on-site including geology.

Centamin also considered a solution that made sense for a ten-year mine life, as well as with a good trade-off balance between the payoff period and capital cost, which, for the awarded project, amounts to $37-million.

The project will be the largest hybrid solar project for an off-grid gold mine.

Over and above its power supply changes, Centamin is considering fuelling its fleet with liquefied natural gas (LNG) instead of diesel and using dynamic gas blend technology to partially displace diesel with LNG.

“We do not see commitments to ESG as an additional cost, instead of by being progressive in these areas, [we see it] rather as an opportunity for commercial success,” Horgan states.

Centamin will continue to consider renewable philosophies in its evaluation work on exploration projects in West Africa, as part of prefeasibility studies.

Meanwhile, Ivanhoe Mines CFO Marna Cloete told delegates participating in the conference that countries with a focus on renewable energy were making it easier for mining companies to tie into those developments.

For example, Ivanhoe with its Kamoa-Kakula project in development in the Democratic Republic of Congo (DRC) could benefit from the country’s extensive hydropower footprint.

The company in 2015 signed a power purchase agreement with the DRC government to refurbish an existing hydropower station, which has seen the commissioning of three turbines. Three more turbines are due to be commissioned before the end of the year.

Ivanhoe secured 78 MW of power for the first phase of its project and looks to secure more power from the country’s massive Inga hydropower developments, which should be sufficient to supply the whole Kamoa-Kakula project in all its phases.

To this end, De Beers will replace most of its fossil fuels with green alternative fuels to power trucks and vessels and replace nearly all fossil-fuelled electricity at its mines with wind and solar power plants.

The company is also in the process of championing its CarbonVault project, which involves recovering carbon emissions through nature-based and technical solutions and locking them away in kimberlite rock.

For De Beers, mitigating climate change in Namibia, Botswana and South Africa are particularly important because these countries being disproportionately impacted by climate change.

De Beers carbon neutrality head Kirsten Hund says that, in Botswana, droughts are projected to increase in frequency and severity over the next decade, while agricultural production will take strain over time.

Namibia, she adds, is the driest country in sub-Saharan Africa, with persistent droughts and variable rainfall patterns expected to contribute to changes in temperature and water availability, ultimately posing risks to community livelihoods and biodiversity.

South Africa is also more likely than most countries in the world to experience increased water shortages, wildfires and other extreme weather events.

For De Beers, it is also important to cater to the social aspect of ESG. It states that, of the 11-million jobs globally in renewable energy, only 2% are in sub-Saharan Africa. This poses a major opportunity for mining companies to ensure investment in renewable energy and drive job creation.

However, it has been a blessing in disguise, Smart believes, in that it has forced the mining industry to look into alternatives for power and become more self-reliant.

Adding to what Cloete noted about companies’ ability to draw on existing renewable infrastructure in a country or area, Smart pointed out that Orion had made use of existing wind studies in the Northern Cape where its Prieska project is based.

“A wind power plant normally requires at least 36 months of wind monitoring before designing for commercial purposes can take place. Fortunately, the Northern Cape has been extensively studied over the last ten years already and has some of the highest solar and wind incidence in the country.”

Orion is planning to build a 55 MW first phase of wind and solar hybrid project at Prieska in due course.

Smart stated that mining had a reputation of being a “dirty” industry, but could well have the opposite reputation going forward, through becoming leaders in operating green and driving change.

Pix4D, the market leader in photogrammetry solutions, is attending the Intergeo 2021 conference to share …