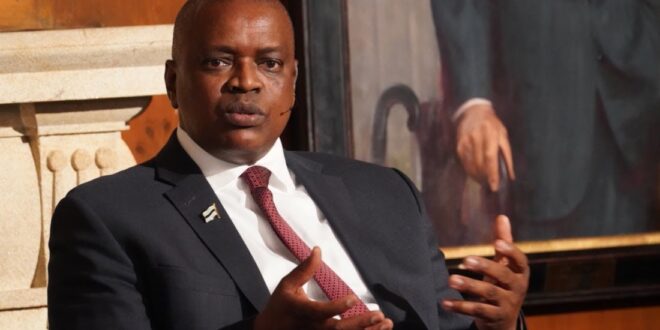 Botswana, Zambia set to hog limelight at the 2022 Mining Indaba

Restoring confidence in Zambia as a mining investment destination and diversification of the mining industry in Botswana and pushing for greater innovation in the sector are set to be key messages at the upcoming 2022 Investing in African Mining Indaba.

The President of Botswana, Dr Mokgweetsi Eric Keabetswe Masisi, is confirmed to attend 2022 Investing in African Mining Indaba where he will share his insights on the diversification of the mining industry and his push for greater innovation in the sector.

Mining remains Botswana’s biggest revenue earner, accounting for about 85% of national foreign exchange earnings, one-third of government revenue, and one-fifth of GDP. In recent years the government has actively sought to diversify its economy from its reliance on mining, particularly diamonds.

While Botswana continues to be one of the world’s largest diamond producers by volume, President Masisi has been actively advocating for the expansion and development of the country’s diamond, coal, copper, silver and gold resources. He is also encouraging greater investment in a knowledge-based economy and the adoption of innovation in mining.

Building on the Mining Indaba 2022’s theme – Evolution of African Mining – the President is is expected to share his insights on Botswana’s progress and his ambition to develop a vibrant and diversified mineral sector that contributes to the sustainable development of the Botswana economy in an inclusive manner that allows for the participation of local indigenous business.

The government of Botswana wants to ensure that investments in its economy offer mutually beneficial upside to both the investor and local partners.

Facilitating greater local participation in the economy led to the launch of the government’s Middle Income Strategy in December 2021. The objective of the strategy is to facilitate the middle class to effectively participate in the economy through the creation of globally competitive sustainable businesses and by boosting employment opportunities.

Investing in African Mining Indaba has also confirmed the President of the Republic of Zambia, Hakainde Hichilema has confirmed his attendance at the event.

Newly elected President Hichilema, who was inaugurated in August 2021, has been hailed as an inspiration after he reversed his fortunes – having been imprisoned for 127 days after the 2016 elections he went on to secure a landslide victory in the 2021 polls.

Now the seventh president of Zambia, President Hichilema has pledged to foster a better democracy through respect for the rule of law, restoring order and protecting human rights. He also hopes to restore confidence in the country as a mining investment destination.

Zambia’s mining investment climate deteriorated in recent years as the previous administration pursued resource nationalism, leading to damaged relationships with investors and lower levels of investment. According to the Zambia Extractive Industries Transparency Initiative, mining accounted for 79.5% of Zambia’s total exports and nearly 31.4% of government revenues in 2020.

President Hichilema is expected to share his vision of a new dawn for Zambia, in which macroeconomic stability is restored and sustainable, inclusive economic growth is promoted. Believing that the mining sector can be an important catalyst for national development, his government is looking to significantly increase the production of copper and other minerals so that Zambia can reclaim its place as a leading miner on the continent.

To support these ambitions President Hichilema has already introduced a friendlier mining tax regime and made clear his intention to bring stability to the sector, as well as ensure regulatory fairness and the elimination of obstacles that stand in the way of new investment.

The President believes that stronger relationships – between the government, miners and local communities – will improve equitable growth and help the country to deliver for its citizens.