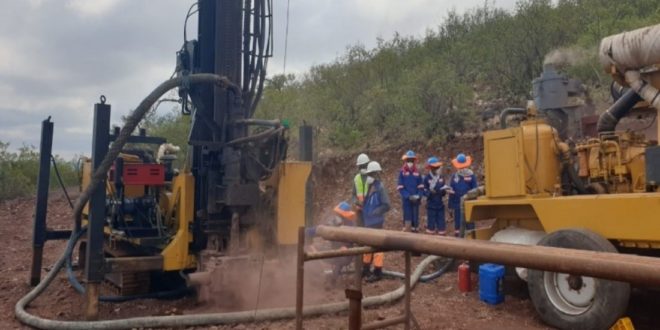 Eugene Lee, a Canadian exploration firm, has been appointed CFO, succeeding Omar Gonzalez, as of April 20.

Since June 2015, Lee has been a director of the TSX-V-listed junior. He is a chartered professional accountant with vast experience in corporate finance, metal marketing, financial reporting, and corporate governance with multinational mining companies.

This latest appointment of CFO, combined with the recent appointment of a new COO, give Giyani added momentum and expertise as it advances K.Hill, in Botswana, towards its next phase of development and ultimately production.

“On behalf of the board, I would like to thank Gonzalez for his contribution over the past six months in which the company completed both a $7.5-million private placement and a $11.5-million bought deal,” says Birchall.

Meanwhile, Giyani reports that it has completed the K.Hill manganese project reserve infill drilling programme and that it has started the 2021 exploration programme at its Otse prospect, both located in close proximity in south-eastern Botswana.

The reserve infill drilling consists of 89 holes, totalling 3 310.5 m, resulting in 2 586 samples having been collected from 69 holes and 837 final assay results having been received from SGS Laboratories in Randfontein, South Africa.

“This enables us to commence resource extension drilling activities at K.Hill and the 2021 exploration programme at Otse. With the completion of the reserve drilling, we will swiftly move forward with the resource engineers to compile our maiden reserve,” says Birchall.

To date, he adds that the results of the drilling campaign have validated Giyani’s prior work and existing resource model.

The first of this year’s exploration programmes at K.Hill will start in early April, with access clearing and drill pad preparation for the K.Hill resource extension drilling programme presently ongoing.

This programme will consist of 32 reverse circulation drill holes and target the extension of the geophysical anomaly identified at the existing K.Hill orebody. Total drill depth will be about 1 600 m and is expected to take six weeks to complete.

This will coincide with a further ten diamond core drill holes scheduled to be completed when drilling recommences.

These ten holes will serve three functions, firstly, confirming the intersections observed in the reverse circulation drilling; secondly, providing geotechnical data for the geotechnical model and open-pit mine plan; and thirdly providing samples for communication testing.

Also, a geophysics programme is planned for Otse, where ground-penetrating radar (GPR) has previously been identified as a technique capable of identifying the contrasts in density between the high-grade manganese pods and the barren clay and silt-rich host material.

However, Giyani has commissioned a more conventional resistivity orientation programme for Otse, which is ongoing and expected to be completed in early April.

This programme will aim to identify a resistivity signature over known mineralisation. The two geophysical techniques, GPR and resistivity, will then be considered and the preferred method will be deployed on the larger area surrounding the existing historical pits.

Anomalies will be followed up with reverse circulation drilling.