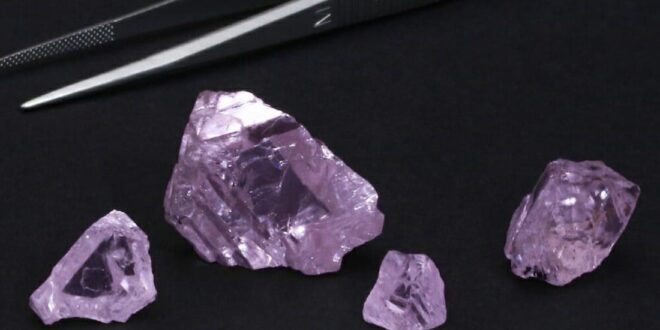 Botswana is attempting to diversify its economy away from resource revenues by establishing itself as a financial hub. However, experts argue that more work is needed to develop the country’s knowledge economy.

A 1, 758-carat diamond the size of a tennis ball was extracted from a Botswana mine in April. The new find has surpassed the world’s second-largest gem, the 1,109-carat Lesedi La Rona. Lesedi, discovered in Botswana in 2015, sold for a staggering $US53 million.

Despite the dizzying price-tags of some of Botswana’s gems, the future of the minerals sector may not be so glittering as forecasts suggest the country’s mineral resources could run out in the next 15 years.

This could be bad news for a country that relies on the industry as the lifeblood of the economy. Diamond mining pulled in one-quarter of Botswana’s GDP in 2018, around 85% of export earnings, and about one-third of government revenues.

The industry has also catapulted Botswana into the position of an upper-middle-income country and one of Africa’s wealthiest.

Government efforts to diversify their revenue streams have proved fruitful over the past 25 years, with GDP becoming more diversified. Mining contributed negatively to growth in the decade from 2004 -13 when the main driver was servicing.

That said, diamond exports increased again in 2017 to the highest levels since 2013 at about 22 million carats of output, driving Botswana’s economic growth of about 4.5% in 2017 and increasing foreign reserves to about 45% of GDP.

An announcement by the Botswana Stock Exchange on Tuesday that they would list its stock within the next two years, and expect to cede control of the institution to the private sector (it is currently 80% owned by the government) is a growing sign the government is steering the economy away from diamond dependency.

With 70% of Botswana’s money now invested outside the country, the move hopes to bolster the transparency of the exchange to draw in more international companies to trade their stock in Botswana.

Corporate training is a central plank of the knowledge economy, which generates revenue streams with innovations such as human-machine collaborations, high skill levels and information, Golding says.

“Diamonds and beef have, traditionally, been the cornerstones of Botswana’s economy. But what happens when these resources get ‘tapped out’?” she asks.

“We must look ahead and make the change to empower a new generation of knowledge workers.”

Since setting up shop in Botswana 12 years ago, USB-ED’s sales have consistently grown, suggesting an upward trajectory for corporate education in the country. As corporates and governments put training across the spectrum on the agenda to accelerate economic transformation USB-ED anticipates that this trend will grow, and recently opened a Botswana office in Gaborone.

Professional development enables talent to bring scarce skills and innovation to office environments, and helps self-starters to get their ‘gigs’ off the ground which is vital for Botswana’s burgeoning young and highly educated population, Golding believes.

“Our bright young minds are our most important resource and something we need to nurture.”

“Innovation is top-of-mind for these leaders. They know a knowledge economy requires crucial ‘human’ soft and hard skills, like the ability to empathize, collaborate, and problem-solve.

“They’re also committed to leading in a transformational way, with skills- and development-centred approach.”

Individuals can change an organisation, while organisations collectively have the potential to bring Botswana into the future and the knowledge economy needed to evolve Africa’s economies, she says.

Entrepreneurship is another critical part of the knowledge economy of Botswana’s future, Golding contends.

“We want to give young people the best chance of leading – self, others, business and society. SMEs are pivotal and need to have every chance of sustained success.”

As times change, and globalisation and digitisation become ever more ubiquitous government policy will be a heart of the country’s ability to keep abreast with global and digital-age development, she says.

With local and international competition driving progress, organisations will place a greater emphasis on talent management and succession planning, especially for key roles. Public-private partnerships that focus on education at all levels will be pivotal to this, Golding concludes.