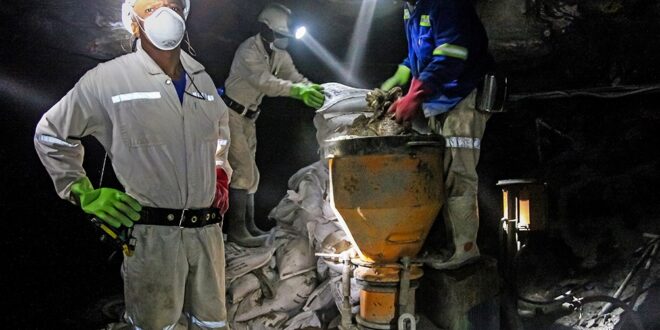 The Botswana Mine Workers Union (BMWU) wants a serious discussion among key stakeholders about the benefits and drawbacks of introducing new technology into Botswana’s mining sector.

Botswana’s mining companies are catching up to the rest of the world by incorporating new technology into their operations. However, the use of new technology has sparked controversy, with some critics claiming that it will result in massive job losses.

Earlier in the year, unionists said Debswana’s decision to cut its P15.7 billion contract with Majwe Mining for the expansion of Jwaneng Mine was due to the adoption of new mechanisation technology. The project has since been in-sourced, but Debswana has not absorbed all the workers engaged in the Majwe contract.

Last week, BMWU president Joseph Tsimako made the call for more dialogue during a consultative meeting with President Mokgweetsi Masisi. The meeting was held in Selebi-Phikwe.

Tsimako said the growing digitalisation of operations in the mining industry had not been sufficiently discussed in the country.

“Automation and introduction of green technologies, driven by concepts such as Future Smart mining is going to result in job losses. “Economic development cannot be achieved where the country is experiencing a rising unemployment rate,” Tsimako said.

Anglo American has said its ‘FutureSmart Mining’ policy is anchored on technology, digitalisation and sustainability. Anglo American owns 85% of De Beers, which in turn is a 50/50 partner in Debswana.

Tsimako, however, said the government signed the Paris Agreement on environmental commitments without consultation. As part of the agreement, Botswana has committed to lowering its carbon emission by 15%.

The BMWU president said the agreement is catastrophic for a mineral dependent country and job creation would decline as a result of the push to honour the Paris Agreement.

He instead called for a systemic inclusion of the BMWU in the country’s mineral development process.

“There ought to have been extensive consultation on the implication of signing the Paris Agreement. “We submit that we cannot continue to sign these international agreements without regard to our economic context. “Green technology and clean coal mining have dire consequences for the country and due regard needs to be given to our economic and mineral-dependent country.”

Botswana boasts over 200 billion tonnes of coal resources and the only producers currently mining the resource are producing less than five million tonnes per annum.

Tsimako said the miners’ union needed to be involved in the country’s development process. “BMWU lacks representation on the Mining Sector Level Consultative Committee where policies and regulations are formulated. “Our development agenda cannot be attained if the beneficiaries of the very policies formulated to regulate them are excluded from their design, development and implementation,” he said.