Home / News / Time for Botswana to pivot to other resources? 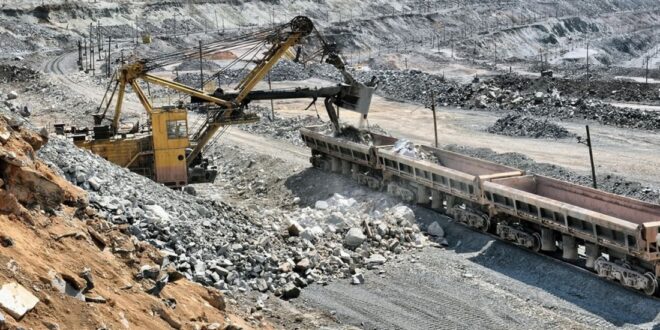 Time for Botswana to pivot to other resources?

Botswana has long stood near the top of the diamond industry. In the face of flagging prices and declining sales, however, it may be time for the region to pivot to other resources. Battery metals such as manganese represent a considerable opportunity for the region and hold great promise for both investors and mining companies alike.

Although Botswana is primarily known as a diamond producer, it has the potential to seize upon the growing demand for battery minerals.

Demand for clean energy and the minerals that support it is growing exponentially. Regions rich in these minerals represent an opportunity for investors and mining companies alike. Mining-friendly and highly developed Botswana is one such region.

Manganese has a long history in steel production, with the steel industry currently consuming 90 percent of global manganese output. Given that the global market for steel is expected to reach US$9.63 billion by 2027, manganese’s position as a critical resource is secure for the foreseeable future. Yet there’s another use for the mineral, one that has gained increasing prevalence in recent years.

It is no secret that the global push for electrification and clean energy has reached a fever pitch. In the European Union, for instance, the government plans to ban the sale of petrol and diesel vehicles by 2035 as part of a push to be completely climate-neutral by 2050. By then, it’s projected that up to 700 million electric vehicles (EVs) will be on the roads globally.

Alongside the proliferation of connected devices and electronics such as smartphones, this has resulted in a considerable surge in demand for battery metals. Botswana is well-positioned to address this demand, with well-established infrastructure, rich mineral resources and a mining-friendly regulatory climate.

Since the 1970s, mining has been a cornerstone of Botswana’s economy, representing one-third of the country’s annual government revenue and one quarter of its annual GDP. Mining legislation in the region has been described as predictable, competitive and stable. In 2020, the Fraser Institute ranked Botswana as the best country in Africa for mining.

Botswana’s licensing process has been described as transparent and predictable by companies operating in the region. The obligations imposed on license holders are both reasonable and stable and the timeframe for decision-making is quite brief, at 60 days for prospecting licenses and 20 days for large-scale mining licenses. Botswana also has legislation in place to protect against arbitrary cancellation of mining rights.

“In some mining jurisdictions it is not easy for private mining companies like ours to have their licenses renewed but here in Botswana it is possible,” explained Lucara Diamond (TSX:LUC,OTC Pink:LUCRF) Managing Director Naseem Lahri in an interview with All Africa. “Once our underground expansion feasibility was completed, our mining license was renewed. This shows accommodative policies.”

Botswana is also home to extensive predeveloped mining infrastructure, with over 80 known operating mines. Mines and facilities throughout the region are linked by the Trans-Kalahari Highway. In 2019, construction began on a US$9.5 billion railway which will run along the same route.

Diamonds are Botswana’s chief mineral export by far. Revenue from diamond mines has played a considerable role in developing Botswana’s infrastructure and economy. To date, the country is one of the chief producers of diamonds in the world, second only to Russia.

Botswana is notably home to two of the largest diamond mines in the world. The first, Jwaneng, is an open pit mine approximately 160 miles southwest of Gaborone. Owned by Debswana, a joint partnership between Anglo American (LSE:AAL,OTCQX:AUUKF) subsidiary De Beers and the Government of Botswana, the mine has been in production since 1982 and accounts for approximately 70 percent of the company’s mining revenues.

The second, Orapa, is also owned and operated by the same joint partnership that owns Jwaneng. Approximately 150 miles west of Francistown in central Botswana, Orapa has been producing since 1971.

Selkirk is another noteworthy mine in the region, situated in Botswana’s Northeast district. Recently acquired by Premium Nickel Resources, it has one of the largest nickel reserves in the country, as well as copper, cobalt and platinum-group metals.

Recent years have also seen a surge of activity in the Kalahari Copper Belt in the northwest of the country. In June 2021, Khoemacau Copper Mining delivered its first copper concentrates and is anticipating that its Phase 2 Expansion will have add production of 130,000 tonnes of copper and 5 million ounces of silver in concentrate per annum.

Neighboring Khoemacau, Sandfire Resources (ASX:SFR,OTC Pink:SFRRF) is developing the Motheo copper mine, anticipated to produce 30,000 tonnes of copper and over 1 million ounces of silver in concentrate per annum.

Alongside these challenges, Botswana also faces aging mines and issues with both power and water.

Manganese plays a pivotal role in battery production as a key ingredient of alkaline, lithium-ion and zinc-manganese batteries. Manganese is a component of nickel-manganese-cobalt cathodes used in the majority of electric vehicle batteries produced today. Given the price and sustainability issues associated with cobalt in particular — which is predominantly produced in the Democratic Republic of Congo — many in the battery materials supply chain are looking at manganese-rich cathodes as a significant new cathode formulation.

Although manganese is both plentiful and evenly divided between regions, issues with supply and demand may still loom just over the horizon. The manganese used in electronics requires a highly specialized mining or refinement process. As expressed by CPM Group’s Andrew Zemek, this means that it is much harder to come by, a problem only exacerbated by an overt focus on other battery metals above manganese.

“There is no shortage of sulphate but there is a shortage of capacity for high-purity sulphate, which is the critical difference, as most of the sulphate being used today is (being used for) agriculture-related applications,” Zemek explained. “At various battery events, these commodities (lithium, nickel and cobalt) are listed on the big boards, but nothing is being said about manganese. This is wrong, as it’s been a part of the cathode mix since the beginning.”

As it turns out, Botswana is home to multiple high-grade deposits of manganese that is perfectly suited for use in batteries and electronics. A cluster of these deposits was recently discovered by Canadian exploration company Giyani Metals(TSXV:EMM). Known collectively as the K.Hill project, the deposits are ideally situated, close to both land and maritime infrastructure within Botswana’s Kanye Basin.

Giyani is currently completing a feasibility study over the K.Hill project to produce around 120,000 tonnes per annum of high purity manganese sulphate for the EV battery market. With demand for high purity manganese sulphate expected to rise ten fold by the end of the decade, and 90 percent of current supply coming from China, new entrants such as Giyani are in high demand for major automotive companies looking to diversify their supply chains and lock in sustainably produced raw materials.

Multiple exploration companies are focusing efforts within the Kalahari Copper Belt. One of the largest projects, known simply as the Kalahari Copper Belt project, simultaneously seeks to delineate new mineral resources and expand two copper-silver mines already in the area. The plentiful supply of resources in the area and stable mining industry in Botswana contributed to this increased interest.

Another notable project is Galane Gold’s (TSXV:GG,OTCQB:GGGOF) Mupane mine located in Northeastern Botswana. Since 2005, the mine has produced over 700,000 ounces of gold. The company has recently announced it has entered into definitive agreements to sell Mupane to Hawks Mining Company.